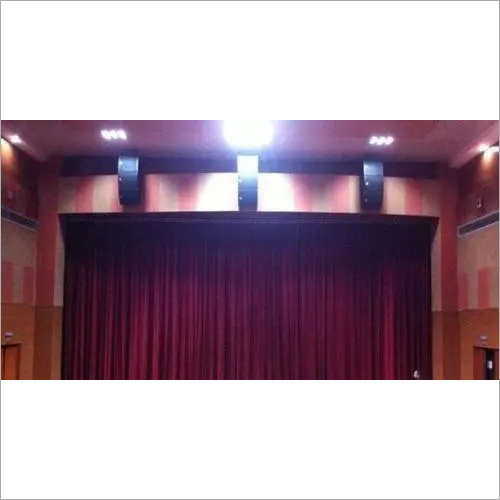 Front Stage Curtain also known as Grand Drape is used to close the acting area from the audience's view when the acting area is not supposed to be seen. It is the formal opening and closing of a stage production. We offer two types of front stage curtains: Motorized Front Vertical Stage Curtain, Motorized Front Horizontal Stage Curtain. Front Stage curtains are heavier, fuller, densely pleated and more appealing as compared to the mid-stage and backstage curtain. They are used to blind the audience from the stage until the show has begun. The most common type is the traveller, used on front stage, splits at the centre and parts horizontally. Another common and traditional type is a wipe that instead of splitting in two, folds entirely to one side. Wipes are regaining their presence in most theatres. One style is vertical lifting, also known as Austrian curtain. In another style, two panels overlap each other around the centre. These styles can be implemented on different tracks. Although straight tracks are popular, both concave and convex also appeal to the masses. The benefit of rounded tracks is that they drive more attention towards the central part of front stage. A modern trend is to use a wipe on wavy track.

Other Products in 'Stage Curtains' category 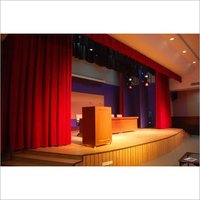 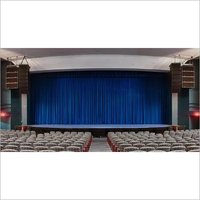 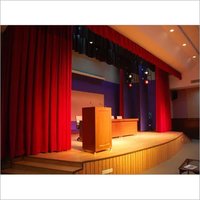 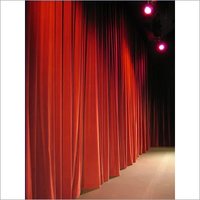